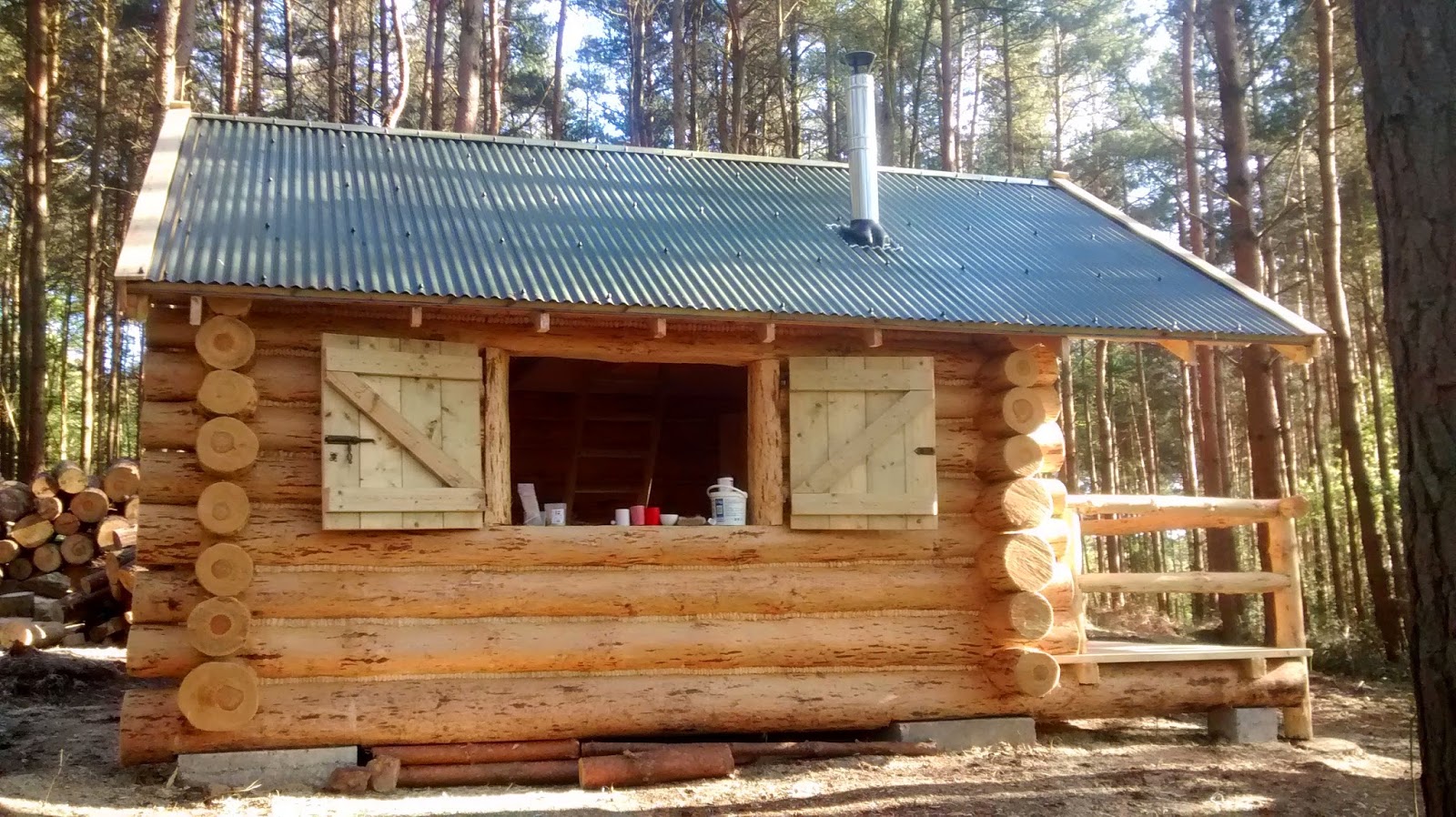 Almost there. The chimney is on and the log burner works fine. Only a couple of rows of chinking to do (hurray) , and two windows to be fitted  - we decided against getting them from France as they wouldn't be in stock until the end of May,  perhaps even later, so Krystof said he'd knock a couple up when he returns from Poland after attending his God-daughter's First Communion . He mustn't miss that. Haven't yet decided about guttering. It wouldn't be good if the ground was badly eroded in one place by rainwater off the roof, but we might put some on one side of the cabin, and carefully direct the run-off. One nice job will be to use some of the sand-stone (which is everywhere in the wood) , to clad the visible footings. 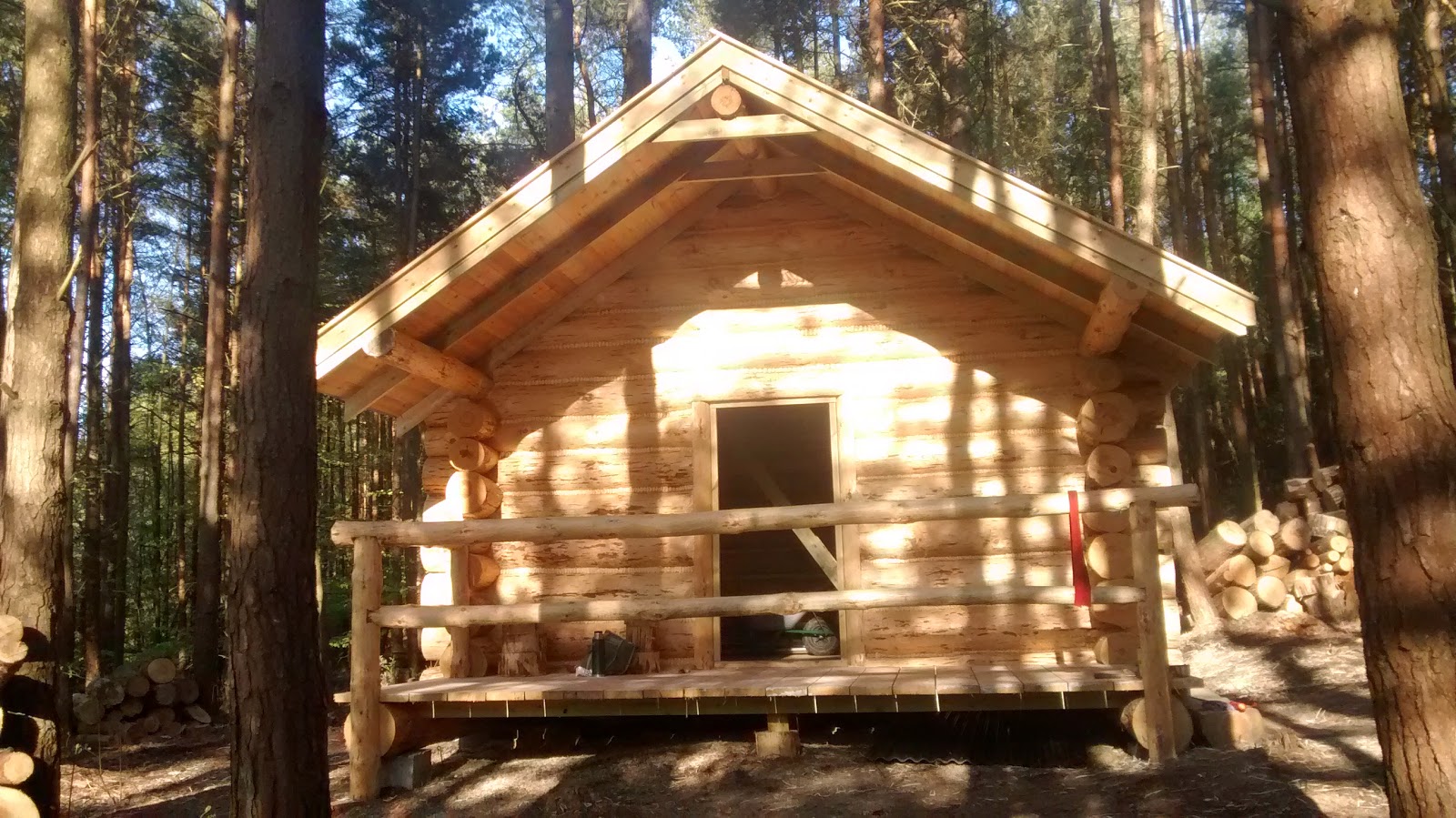 It's been such an enjoyable experience, we've learned a great deal about log cabins and have been very much involved with all stages of the project. As a thank you, Sarah is building Krystof a web-site to advertise his many skills and tell people about traditional Polish log cabins. Ours is the first ever in England, I think there will soon be a lot more. But perhaps he should re-think the chinking, it looks lovely, but next time he might want to consider a less labour intensive alternative. Though I doubt it, because to do it differently  wouldn't be traditional.
at 20:35